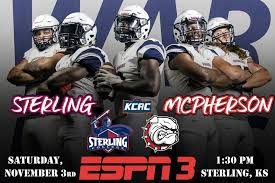 The Border War is the name of the annual football game between the University of Missouri Tigers (frequently simply called Mizzou) and the University of Kansas Jayhawks (referred to as KU for short). This annual event pits the nearby conference rivals against each other in the in final game of the regular season at a neutral site.

In a series that dates the first meeting as being on Halloween (October 31) of 1891 (a 22-10 KU victory) the long held title of Border War was officially replaced in 2004 with the more subdued title of Border Showdown. Despite attempts by athletic directors from both schools to minimize the correlation between collegiate sports and actual deadly violent wars, fans and media alike have continued to use the now officially defunct term Border War.

After 1910 and until 2007 the location of the annual rivalry game had largely alternated between being played at Faurot Field (capacity 71,004) at the University of Missouri in Columbia, MO and Memorial Stadium (capacity 50,000) at the University of Kansas in Lawrence, KS. Prior to 1911 the game was predominately played in Kansas City, MO. On November 24, 2007 on Thanksgiving weekend the two schools played the first of scr888 several games to be held at the neutral site of Arrowhead Stadium in Kansas City, Missouri. Arrowhead Stadium is the home of the Kansas City Chiefs National Football League (NFL) team and has a maximum occupancy of 79,451.

On November 24, 2007 the two schools met at Arrowhead Stadium with KU ranked #2 in the nation and Mizzou ranked #3, rankings that are pretty much unprecedented for this contest. The exciting 36-28 University of Missouri win was watched by the largest audience of any regular season football game in 2007. Fueled in part by the success of the 2007 contest the agreement to hold the Thanksgiving weekend event at Arrowhead Stadium in Kansas City has been extended through 2012.

Interestingly the Border War series has run continuously since 1891 with one notable exception in 1918. Despite playing through two world wars and numerous regional conflicts the University of Missouri versus the University of Kansas football game was suspended in 1918 due to the worldwide Spanish Flu epidemic.

Months before the game Missouri and Kansas fans talk about the big Border War game the summer before kickoff while relaxing at local golf courses. It's not unusual for one friend to be toting a KU golf bag .
Posted by Alline Brandorff at 05:04 No comments: